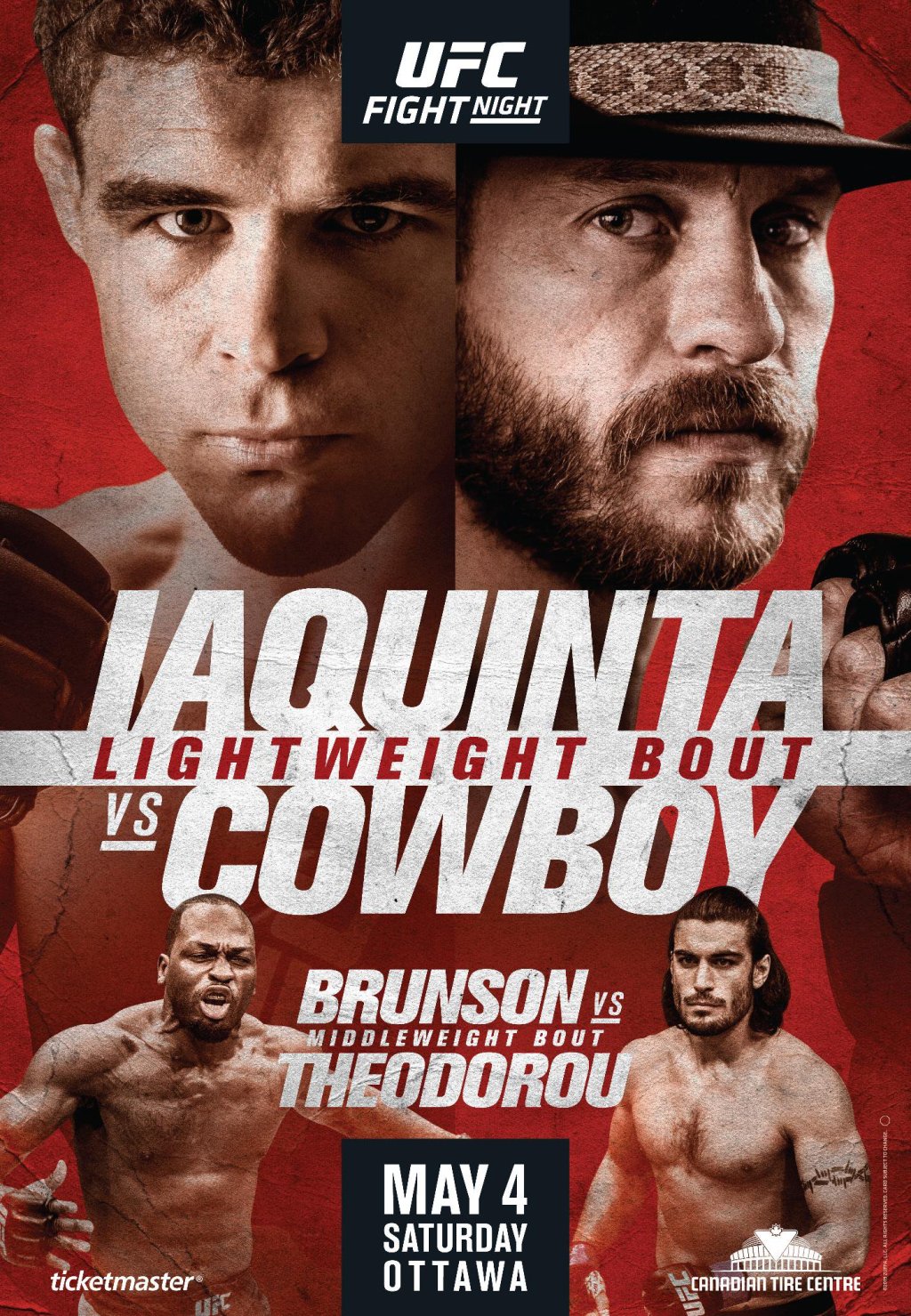 Ultimate Fighting Championship (UFC) makes its debut in the suburb of Kanata with its UFC Fight Night 150: “Iaquinta vs. Cowboy” mixed martial arts (MMA) event, scheduled for Sat., May 4, 2019 on ESPN+ from inside Canadian Tire Centre in Ottawa, Ontario, Canada.

Leading the charge will be the lightweight clash between former title contenders Al Iaquinta and Donald Cerrone. The former is ranked No. 4 in the promotion’s official rankings (see them here) while the latter clocks in at No. 7.

Iaquinta (14-4-1) was last seen turning away Kevin Lee in their five-round headliner last December. “Ragin’ Al” has quietly put together a 6-1 run dating back to early 2014 and could return to title contention with a big performance in Ottawa.

As for Cerrone (35-11, 1 NC), he’s looking to win his third straight after a pair of dominant performances against Mike Perry and Alexander Hernandez. “Cowboy” has oscillated between lightweight and welterweight over the last three years.