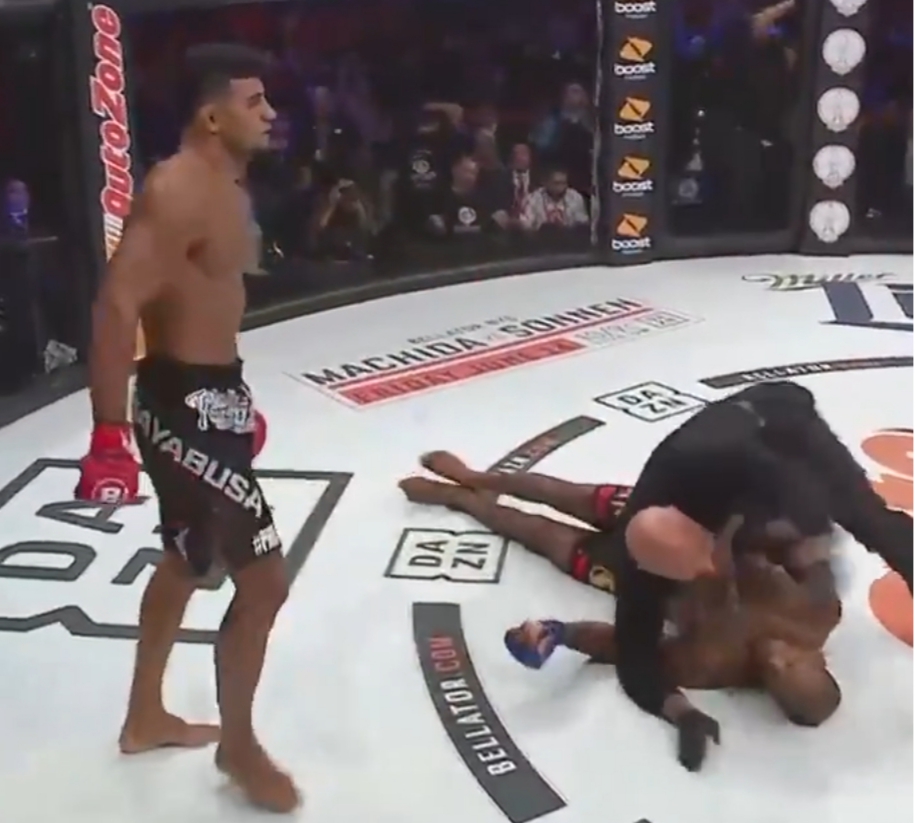 MVP and Lima battled it out tonight, it was the second round, when Douglas Lima landed a hard low kick that dropped MVP, and as MVP tried to get back up, Lima struck him with a heavy uppercut that stunned and dropped MVP back to the floor.

Lima followed up with hammer fists that turned MVP’s lights out.