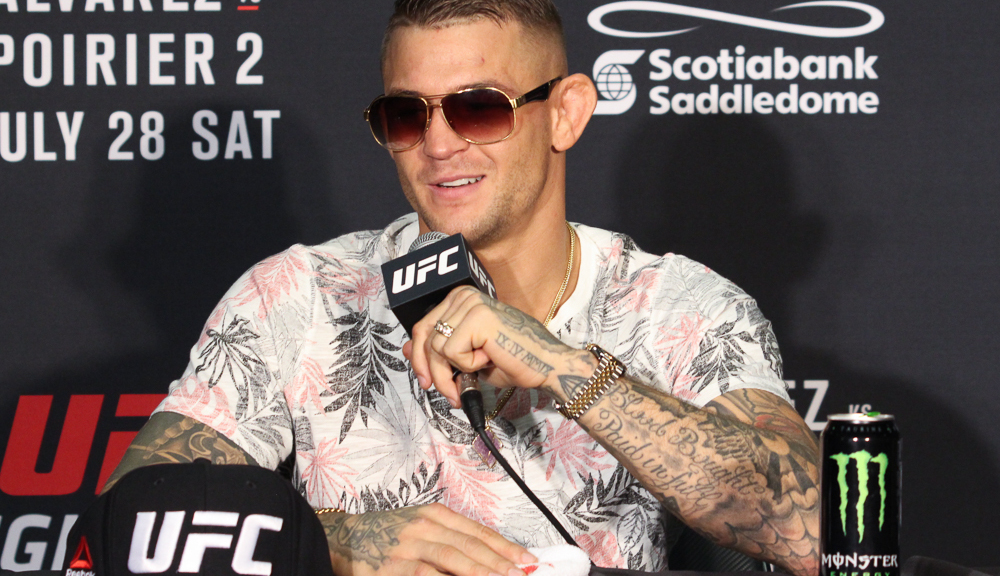 In an interview with MMA Junkie Radio, Dustin ‘The Diamond’ Poirier expressed his thoughts on his fight with the current UFC lightweight champion Khabib ‘The Eagle’ Nurmagomedov, and believed that UFC 242 is most definitely the tentative plan, but is unsure of the holdup to the fight being made official.

Here’s what he had to say:

“Everything is pointing to it happening in Abu Dhabi, September 7, me and Khabib. I’m not sure what the holdup is or what’s going on. I have no clue.”

“That’s a big challenge to go over there [Abu Dhabi], he’s [Khabib] probably one of the biggest Muslim stars — sports stars for sure, I mean I don’t know any other ones right off the bat. To go out there in enemy territory and fight their guy is going to be a huge challenge. That’s what you sign up for. He’s the champ and I can’t say anything about it.”

“When I beat him and I defend it I can try to nudge the UFC and say hey let’s do it here or do it there, but I’m the challenger and I understand that role. I’ve got a long climb to go over there and pull off the upset.”