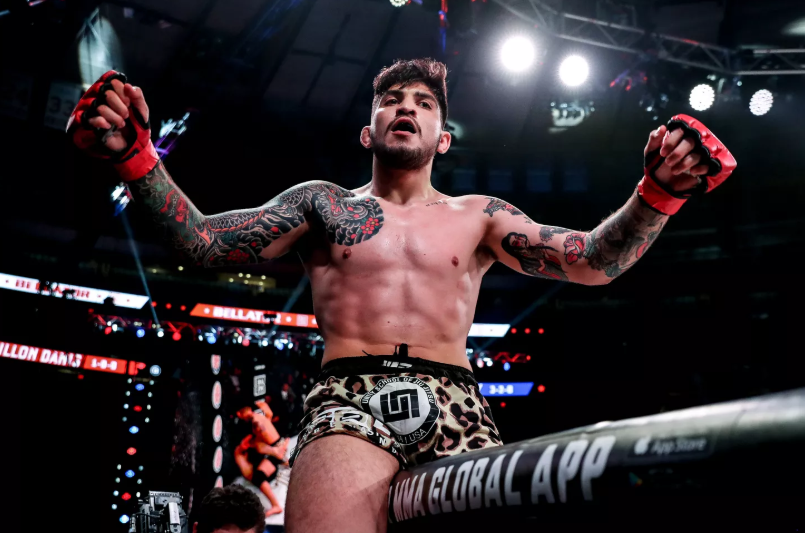 With the 25-year-old Danis making his debut return to the cage since Bellator 198, it was widely expected to be a clash of the wounded and the rejuvenated.

Danis had in his mixed martial arts debut scored a first round victory over Kyle Walker.

However, the New Jersey born fighter was forced to the sidelines after he was handed a month-long suspension by the NSAC following a post-fight scuffle at UFC 229.

Meanwhile, his opponent in last night’s bout, Max Humphrey, was pundits’ favorites to win. Humphrey has an edge going into the encounter with an overall record of 3-2.

But his most previous effort back in August of 2018, the Pro MMA fighter from Missouri made things easy for Danis who knocked him out within 16 seconds.

Danis rounded things off quickly in round one and after a few different submission attempts from the Max, there was a fight-ending lock-in-arm in the final seconds of the opening frame.

The win was Danis’ perfect 2-0 record.