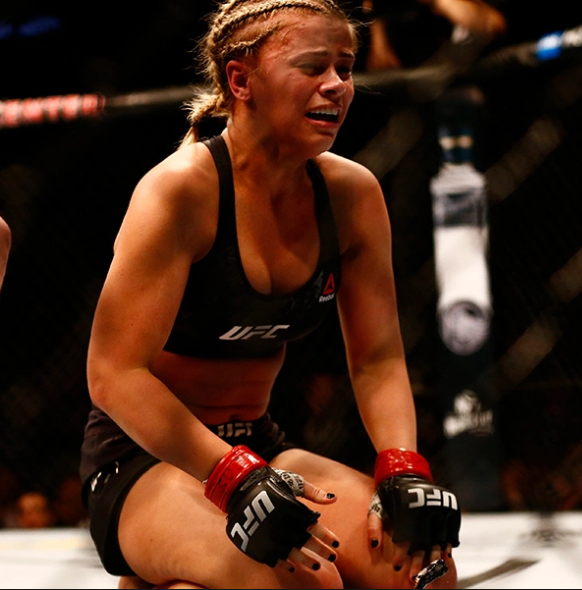 UFC flyweight Paige Vanzant return to the ring will have to wait, she is expected to undergo another operation on her right arm next week Thursday. This would be the third operation she would be having this year due to re-injuring.

“I actually sparred last month and was doing strength and conditioning,” VanZant said. “I wanted to be on the UFC card on July 20 in Texas, but my chiropractor wanted me to get my arm checked out again before accepting a fight. I saw a surgeon who works with the Portland Trailblazers and he told me, ‘Yes, you 100 percent need surgery.’”

Vanzant first fractured her arm back in January 2018, during a match with Jessica-Rose Clark at UFC 124, a match she lost. She was made to undergo 2 surgeries to restore the injured arm. The arm did heal, but a metal rod and moving bone were inserted from her to her arm area. The most recent injury occurred on the same bone next to the rod inserted in her body. She is considering the possibilities of retirement due to the frustration of surgery.

“After the second surgery, I said, ‘If I break my arm again, I’m quitting. I’m just not meant to fight…But now that I’ve done it again, I’m at a point where it’s like, ‘No. I just don’t give a s— anymore. My stupid arm is not going to stop me.’ I need one more surgery, and I’m going to be fine,” VanZant said.

Despite her tough time with injuries and surgeries, Vanzant intends to return to fighting before the year runs out, she aims to fight on behalf of her ever supportive team.

“I think the most frustrating part is I feel so blessed to have the team around me. I know how much my coach, Fabiano Scherner, cares about me and I want to perform for him. It’s hard not to be jealous of everyone fighting because ultimately, this is still what I want to do right now.”

She has a single fight left in her UFC contract and she intends see her contract through. Her injuries have affected her self-esteem with respect to her UFC career.

“For me, I want to know I’m valued,” VanZant said. “It’s not that I think the UFC doesn’t value me now, but I want to continue to show them how much I’m worth and I think I need this last fight on my contract to show that.”

Vanzant apeareance at the UFC  has been limited because of the injuries. She has fought just twice in the past 2 years. She intends to solidify her position as a reputable contender in the flyweight division.

“I want to be moving forward off two wins and be able to say, ‘This is how good I am.’ I want them to see that. Not just fans, even the UFC, they can move on quickly to the next star. I want to remind them I’m a star. I have one fight left. I’m going to have this surgery and get that fight over with.”