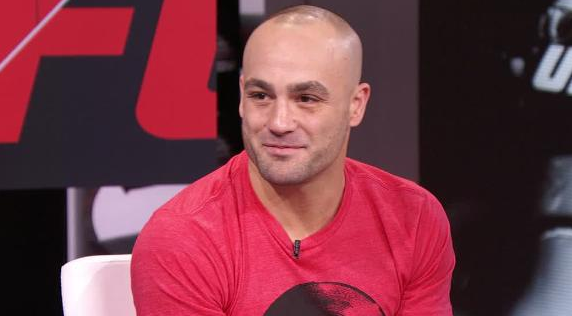 Alvarez, who is currently one of training partners for 32-year-old Edgar is also in full preparation for a One Dawn of Heroes face-off with former champ Eduard Folayang.

However, the Mexican ferocious puncher insists the fight between Edgar and Holloway will be ‘super interesting’ but his long-term training pattern has an edge of his opponent when the two men face each other at UFC 240 on July 27.

Both Edgar and Alvarez have grown as close associates having been training partners for years under the guidance of veteran Mark. No doubt, the duo have gained a lot from the partnership and from the training they received under the legend.

No doubt, Alvarez knows Edgar too well and the quality he can bring to the
table when it matters most. And so, he has come out in full throttle to declare his support and optimism for the fighter at the UFC 240.

“Look, the match up between Frank and Max is super interesting,” Alvarez said on the latest episode of BJPenn.com Radio. “Max has been on a roll, he’s grown a lot. But I mean, when you look at Frank’s style and what he’s done, and who he’s done it to, it’s hard to think that Max is going to be able to win this fight. I don’t see how Max wins the fight.

“I mean both are crazy good competitors, but I’m getting ready for one of the biggest fights of my career,” Alvarez continued. “Frankie is getting ready [too], and we’re both in the same camp together. So the energy inside the building is what it is and I don’t know man. I just know the competitor Frank is and what he wants to do and there’s not a — When he’s there, there’s not a single dude in that 45-pound class who can deal with him.”

Alvarez believes his partnership with Edgar has really paid off for him in a lot of ways insisting sharing training facility and space with Edgar has also earned him a lot of success.

“Before Frank won his UFC world title and I won mine, before any Bellator
world title, me and Frank have been f**king going at it in the gyms, years before any of that ever happened. So when he does well, I want to do well. When he does extra rounds, I want to do extra rounds. Like we compete, we inspire each other and we keep each other pushing on. Both of us are over 35 years old and we’re still competing in the gym and at the highest level of this sport. And I think a lot of it has to do with just me looking over at him, him looking over me and saying, ‘Let’s f**king do this.’ It’s fun. It makes it a lot more enjoyable when you have someone like that around.”